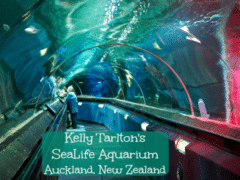 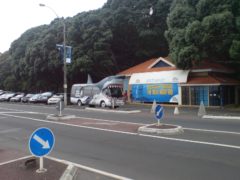 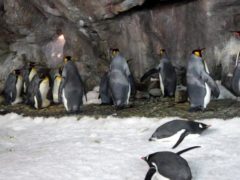 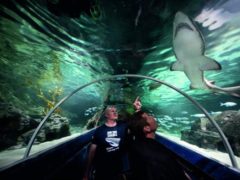 Kelly Tarlton’s Sea Life Aquarium (formerly Kelly Tarlton’s Underwater World) is a public aquarium in Auckland, New Zealand that was opened in 1985. Located at 23 Tamaki Drive, it was the brainchild of New Zealand marine archaeologist and diver Kelly Tarlton (1937–1985). Built in disused sewage storage tanks, the aquarium used a new form of acrylic shaping, which allowed curved tunnels rather than viewing areas with flat panels only, as in previous aquariums. The project is also one of the first to use conveyor belts to slowly move people through the viewing areas.

Kelly Tarlton’s is wheelchair accessible. If you want any further information, they would be most happy to hear from you.

“Thanks so much to Freedom Mobility for thier service and keeping me going over the past year! Who knew I’d get more comfortable driving a hand controlled vehicle than a normal one!  The team at Freedom have my utmost appreciation....

“We came to NZ to see the sights.  We were very happy with the car as Freedom Mobility was able to give us is very similar to what Dr Proske uses in Germany. He is in the wheelchair but prefers...

Easy To Deal With!

“I just want to say a massive thank you to you and your team as well for the use of the hand control car and how easy it was to deal with you guys! Great work. Really appreciate it.”

“We both wish to thank you for your service and the vehicle you supplied.  Everything was perfect and we traveled from Auckland to the Bay of Islands and then down to Taupo.  Fuel was great, only $130 for the whole...

Melody and Bernie, Bay of Islands